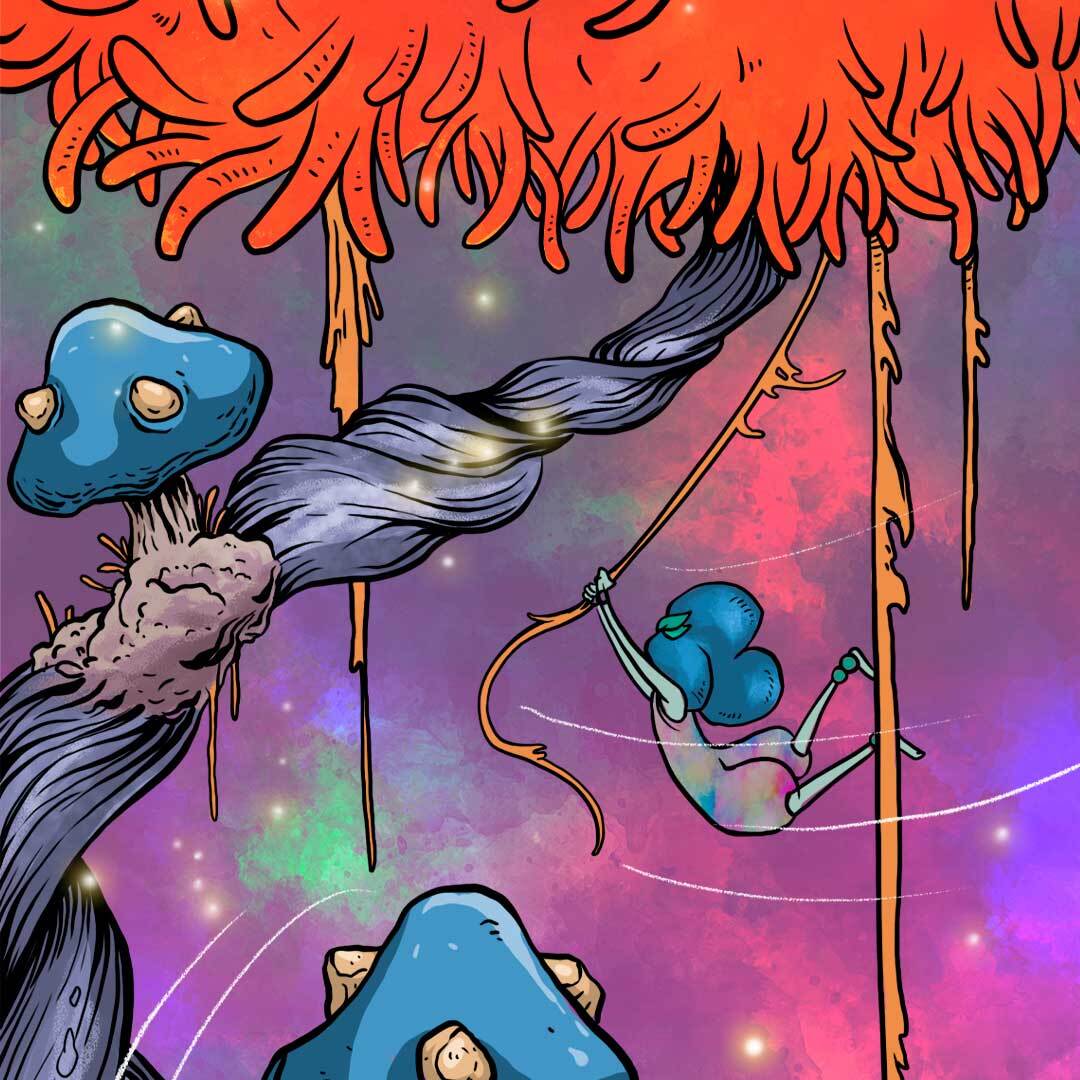 Ivanani is the name of a weird robot. It’s also the main character of an animated series we’re working on. It’s bases on a story written by Eva Dominguez while Silver Larrosa has made all the visuals.

We have created the first chapter of the series in a comic strip published at Webtoon’s platform.

This is the abstract of the series:

A strange robot appears in the living room of Saviors of the Planet founders. After a pitched battle in the middle of the night, the robot is adopted by Am, who is unaware that her request for help has been heard millions of light years from Earth. Neither Am nor Eli nor any of their colleagues could suspect where the new members joining the group are from. They will have to develop their best diplomatic and communication skills to make them to them understand what is going on in this world.

The title of the first episode is The Trip and…

… You can watch it here

If you want to support it, please give it a Like in the Webtoon platform!