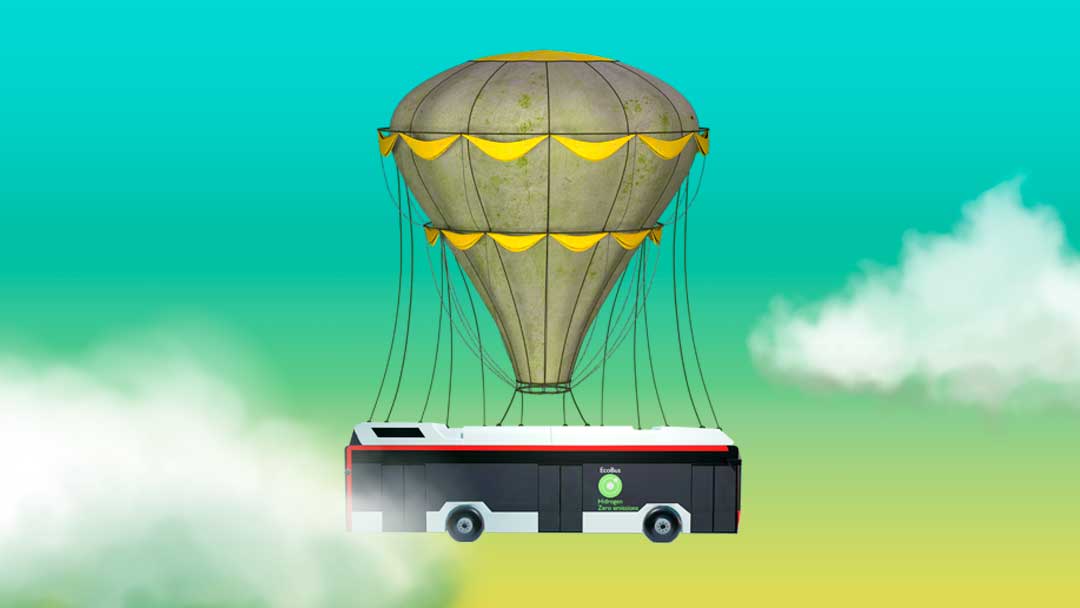 In his novel The Mysterious island Jules Verne anticipated that the hydrogen could be the fuel of the future. In 1875 he saw that coal would run out in 300 years.

Hydrogen is the largest reserve of non-polluting fuel that exists, so it seems to have a huge future. Many cities in the world are getting prepared for that. Barcelona is one of them.

The first hydrogen buses are already running through the streets of Barcelona. We were commissioned a work to show how it works.

We combined 3D modelling with illustrations in order to show how hydrogen is produced and stored an how the bus converts it into electricity.

You can watch it here (login required)